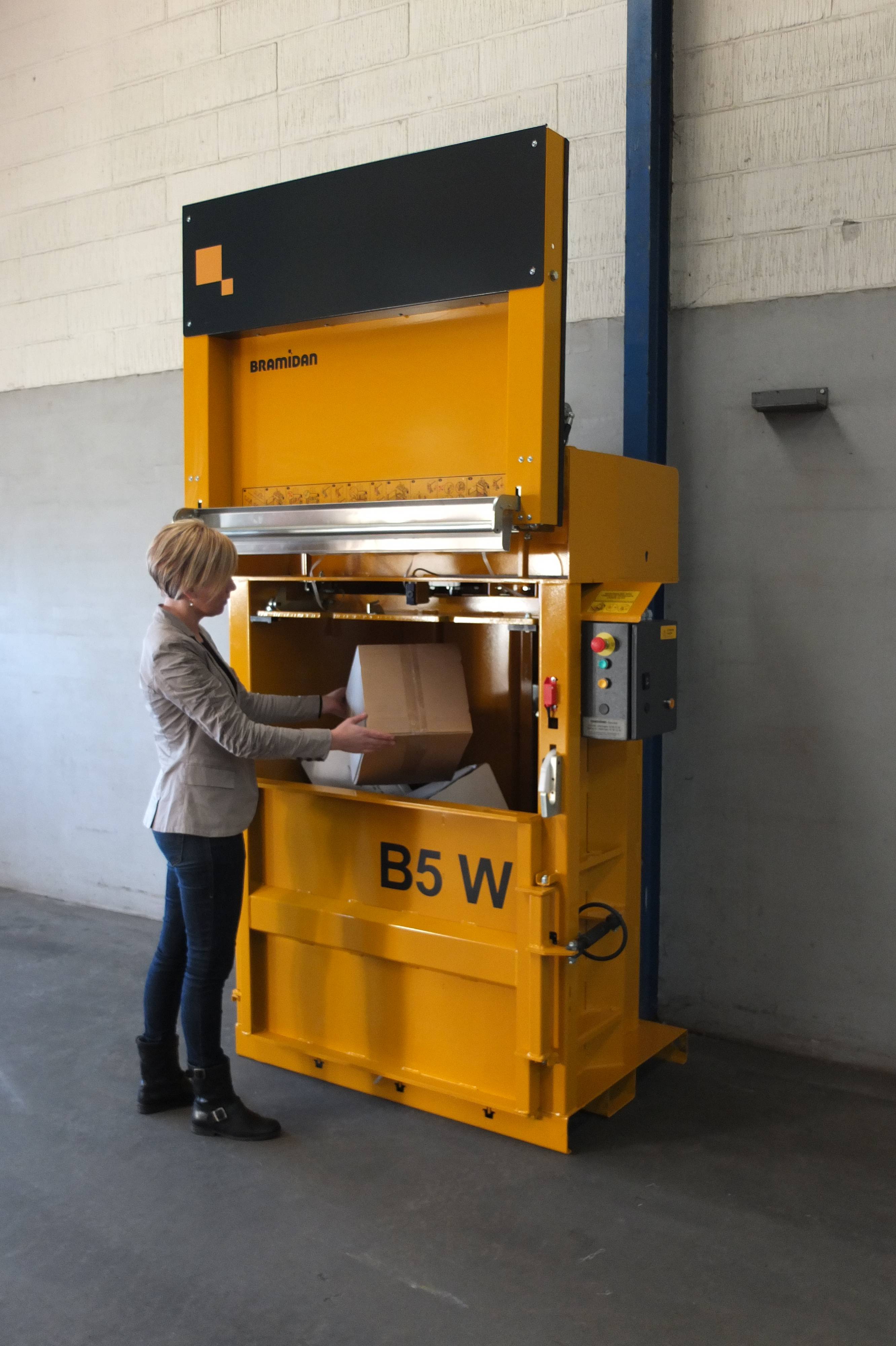 The Bramidan B5W VD baler is the perfect machine for small volumes of large, bulky waste

The  Bramidan B5W VD baler has a vertical door and a huge filling opening, allowing very bulky items to be baled without them having to be broken up first.

The Bramidan B5W VD baler also comes with a feature that ensures optimal performance and minimal waste handling time. The chamber is fitted with economically designed barbs which guarantee maximum filling of the baler by moving waste to the back of the chamber as it is loaded.

If you would like to know more about the B5W VD or any of our other Vertical Balers and how they can improve your waste management please contact us.

Tell us about your specific waste management requirements.